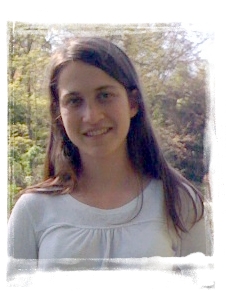 Sarah was introduced to fencing by a summer camp five years ago and she really liked it. Her dad, Allex Gruman, a former fencer for Notre Dame University, suggested she should try fencing. Sarah enjoyed the camp a lot and committed to the sport right away. Soon she found out that it is a good way to keep in shape and something to do after school instead of watching TV. When she was younger, Sarah used to be kind of a quite girl, but fencing made her more outgoing and confident. Pretty soon after starting the sport Sarah went into competing and a couple of years later she won a bronze national medal in the Youth 14 event, which inspired her to more challenging tournaments at national and even international level.

Sarah won several outstanding results fencing team events with her club mates, and in 2010 they were nominated as the USFA Best Team of the Season. Sarah went a step further than most fencers and got her referee license, which she finds is “interesting to see the other side of a fencing bout.”  This year Sarah is graduating high school and her plan in college is to fence on a NCAA team like her father did. She really likes fencing because it is fun to travel, meet people that share her passion and because it makes her happy.