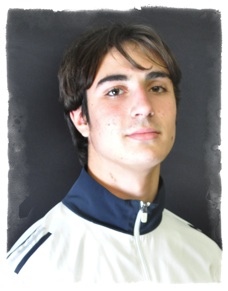 Fencing has always been around Michael, because his father is a coach, but he became more interested in the sport and started taking lessons when he was about 8 or 9 years old. His parents were very supportive of his idea, but at the same time pointed out to Michael that it was his choice whether he stuck with the sport or not. They did not want him to feel pressured into it, because of family tradition. Michael really liked fencing and continued his training.

He started competing at the age of 10 and has won 12 national medals and one intenational cup so far. The November 2011 USFA North American Cup in Austin, TX was Michael’s most exciting tournament so far, because he earned two gold medals in one weekend. He won both the men’s saber cadet and men’s saber junior events. Michael likes fencing because it is an amazing combination of physical ability and mental strength, also known as “physical chess.” He shares his passion for the sport by helping his dad coach young novice fencers.

Through the fencing community Michael has made many friends all over the world.